I graduated from high school fifty years ago. As graduation years go, it was a pretty dramatic time.

Richard Nixon was sworn in as President in January–and just as the Beatles were winding down, Led Zeppelin released their first album, forming my personal soundtrack in that summer-to-fall of 1969. She’s leaving home. Good times, bad times. Give peace a chance.

It was the first year that the tally of casualties in Viet Nam went down, rather than up—but already too late for some of my older schoolmates. The summer of 1969 was a series of stunning incidents: The Stonewall riots. The Cuyahoga River catching fire. Chappaquiddick. Hurricane Camille. The Manson slayings. Woodstock. The Apollo landing, and the moon walk.

Me? I was working at a Kentucky Fried Chicken. In the space of one summer, I had a meteoric rise from dishwasher and kitchen cleaner, sluicing grease into floor drains, to salad maker, cashier and eventually shift supervisor, in three short months.

On the night of the Apollo landing, I drove to the beach with friends after work. We lay on our backs in the still-warm sand, and looked at the moon—and dreamed of a world where rivers would run clean, politicians would be honest, senseless crime and war would be eradicated, and the moon would merely be our first stop in exploring the universe.  In spite of what now seems like a tsunami of unusually bad news, there was a sense that there really would be a time when we would be free to love whomever we chose, bomber death planes would turn into butterflies, yada yada.

All we had to do was hang on, keep the faith. And—for me— get out of Dodge.

I could not wait to leave my hometown. It’s not like I was headed anyplace unique—a regional state university a couple of hours away, where I had a substantial music scholarship and a work-study. On August 15, 1969, I hitched a ride to Central Michigan University for college orientation. When I got home two days later, my mother gave me the once-over. I thought maybe you were headed to New York for that music festival with all the hippies, she said, wrinkling her nose.

The funny thing is—I was about as far from being a rebellious hippie at that point as any conventional 17-year old with a day job slinging extra-crispy chicken wings. I still wore knee socks and pleated skirts. I ironed my hair. I practiced my flute every day. It was going to be my ticket to a better life.

And that turned out to be true. Although it wasn’t in my plans fifty years ago, I became a teacher, a career I had significantly underestimated in my pre-college life. It was teaching, working in public education, meeting smart and funny colleagues and–OK, I’m just going to say it–inspiring the next generation, that made me what I am today. I’m proud to be a teacher, especially a music teacher. I’ve led a fabulous, colorful, rewarding, blessed life.

But I am saddened, when I think of all the missed opportunities, the great U-turn in what we considered possible, back in 1969. The environment, the government, science and the arts, humanity and justice—whatever happened to ‘we are stardust, we are golden—and we’ve got to get ourselves back to the garden’?

What’s happened to public education, foundational building block of all that progress, is the most discouraging. When I went to CMU, we had to double up in the dormitories because there wasn’t room for the tidal wave of baby boomers, eager to be the first college-educated generation. Public high schools were building science labs, sports stadiums, auditoriums and language labs, funded by parents eager to give their children a good public-school education. There was a shortage of teachers, and the ones I had were newly unionized, seeking better salaries and benefits, and pursuing advanced degrees.

Everything, it seemed, was possible, fifty years ago.

I still work weekends, as music coordinator in a liberal church. There was nobody else to play on the Sunday morning after the reunion, and it’s my job.  Also–I still communicate, often, with the dozen or so people I was closest to in high school. The reunion was a long way to go to see folks who have probably forgotten me.

And—honestly—I was worried about someone showing up in a MAGA cap, then being unable to tamp down my anger about the aforementioned loss of opportunity, plus the kids in cages at the border, the shootings, the corruption at the highest levels of government, and so on.

I’ve never been good at keeping my mouth shut.

But I haven’t given up hope. There will be good nights this week to lie on the beach and watch the Perseid meteor shower, and think about being billion year-old carbon, the golden stardust of faith. 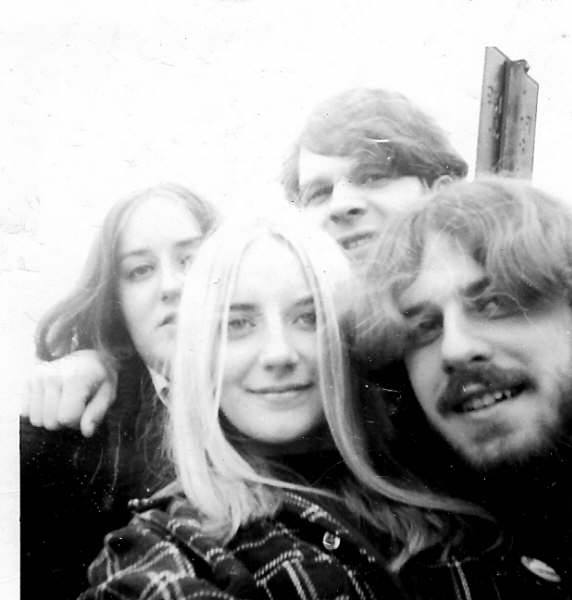