I’m sure you’re not geeked to read yet another combination critique/regret-fest/prognostication blog on the preceding Decade in Education. So I’m not going to write one. Besides, two extremely excellent ‘decade pieces’ were recently published, very different but both relevant and well worth your time.

The first is Audrey Watters’ The 100 Worst Ed-Tech Debacles of the Decade, a long and fascinating chronicle of ‘ed-tech failures and fuck-ups and flawed ideas’. Don’t be put off by the ‘ed-tech’ designation (or the naughty word).  The piece isn’t about computers or devices or digital programs, per se, but covers all technologies—so very many technologies—that were supposed to transform education in some way and ended up being so much splat on the classroom floor.

Go ahead. Skim through it. It starts with smaller, quicker-to-die, media-fueled sexy innovations, and works its way up through virtual charter schools, personalized learning, and venture philanthropy, disrupting all the way. The hits just keep on a-comin’ and just as rapidly disintegrating, disappointing and malfunctioning. I recognized about 90 out of the 100 Watters’ flops, and have been personally involved in utilizing (for educational purposes) maybe a third of them—and I haven’t had my own classroom in the past decade.

It’s the perfectly described list of all the crapola that was supposed to ‘save’ what turns out to have been one of America’s best ideas: a free, high-quality fully public education for every child, no matter what they bring to the table. An idea that needed investment, perhaps, and some re-thinking, but not an endless parade of for-profit ‘tools’.

The second great piece is Peter Greene’s The Ground Level Ed Reform Decade Retrospective, which is just what it says: how the endless stream of ‘reforms’ has gutted what has always been the most worthwhile aspect of public education—the context-specific intersection of good teaching and relationship-based learning.  When Greene says he became the staff crank, that guy who pointed out the obvious—that the heavy press of ‘accountability’ and top-down control was ruining public education–I could relate:

I had never believed that public education was perfect, but I could not understand why so many people in power seemed bent on destroying it. After a decade, I have a better idea why, a better sense of how complicated some of this mess is, of how many different lines cross in the public schoolhouse. In many ways, becoming a student of ed reform prepared me for a Trump presidency, because it made me really confront the degree to which many of my fellow citizens do not share values that I had somehow assumed were fundamental to being a citizen of this country.

Near the end of the last decade, I wrote a piece about my four decades in public school teaching—the 70s, 80s, 90s and the aughts, an exercise in compare and contrast. I called it ‘What a Long Strange Trip It’s Been.’

Condensed version: the 70s—90s were a zig-zag pathway of something like progress, but since the early days of the Bush II administration, we’ve made a U-turn into a new, technologies-worshipping direction (reminder: data = technology) where it’s all about numbers, levers, gadgets and vandalizing, piece by piece, America’s best idea.

And now another decade has passed, with two dreadful Secretaries of Education and increasing federal intervention in the ultimate local institution: public schools. When Betsy DeVos was installed, there was a national flurry of concern that she would push for more charter schools. People in Michigan knew that Betsy’s real goal was vouchers, a fully privatized system that favored white kids in private and religious schools. The rapidity with which states have moved to ‘empowerment scholarships’ and federal dollars have been transferred out of public education revenue streams is stunning. If there were words for what has happened this decade, they’d be something like: More! Harder! Faster!

If there’s anything good to say about the decade it’s that more educators have adopted the moniker of staff crank and are becoming policy scholars, leading Red for Ed movements and writing—articulately and passionately—about what’s really happening, and who’s responsible for trashing public education. There’s been some serious organizing and great publications.

On the other hand, a significant chunk of the teacher workforce is now fully acclimated to the loss of autonomy, endless testing and standardized everything. It’s just the way it is, from their perspective. Teaching has become a temporary, technical job in many places; only the super-strong survive.

If there’s one thing the past five (arrrgh) decades in education have taught me, it’s this: education is ultimately political. You can close your door and teach (thanks, 1970s, for that phrase), but in the end, policy, and the goals and beliefs of the people who make policy, win. And win big.

Policy makes it possible to sell off educators’ professional control over their own work to commercial scavengers and opportunists. Policy tinkers with the separation of public, community-based institutions from those who just want to make a buck. Policy allows, even encourages, racial and economic segregation. Feckless policymaking has put millions of people into lifetime debt for ‘education’ that hasn’t helped their life prospects or personal growth one bit.

In short, this decade left us with a steeper and slipperier slope and more than ever to worry about, when it comes to my life’s passion: preserving public education. A long, strange trip indeed.

I have not given up, however. I am in and out of public schools all the time, as a professional development consultant and teacher-coach. There are great teachers in every building I’ve been in this decade, and lively, curious kids who want to learn. 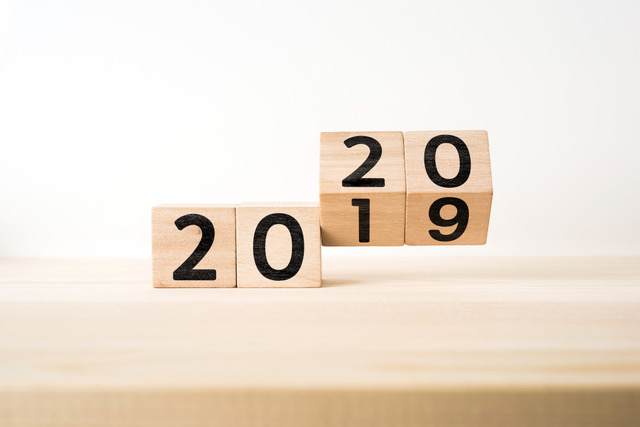