One of the more intriguing aspects of Wednesday’s fascinating, glued-to-the-tube Congressional train wreck was the backchannel Twitter conversation among teachers. Specifically: How do we talk to our students about this? Are we watching this with our seniors in government class? It’s history in the making, all right. How do teachers deal?

If you’ve taught as long as I have, you (and your students) have witnessed several crises happening in the world, including politically and socially sensitive events. Anyone who thinks that a teacher can avoid talking about a public tragedy, a politically contentious election outcome or the death of an iconic American is a fool. School is where kids collect, every day. School is where they talk about stuff. Adults can’t and shouldn’t suppress this, but they can provide context.

Even small children talk about big events, often confusing fact and fiction. When Pope John Paul died, in 2005, I was teaching younger children. The funeral took up a lot of time on mainstream TV, and my littles talked about it endlessly. I eventually figured out that some of them didn’t know who the Pope was, why he was important. A couple of my students thought he was ‘old fashioned Santa Claus’ (St. Nicholas) because of his red robes and tall hat. They were bereft.

That’s kind of sweet and chuckle-y. But the morning Kurt Cobain died, there was genuine grief among some of my 8th graders. A mixture of emotions, in fact—confusion, fear, horror and faux detachment. The wanted to present as chill and aloof, but the idea of someone so tuned into their self-image taking his own life was terrifying. I remember taking time to ask them what his music meant to them, how it felt to hear news of such an unnecessary loss. Suicide is tricky ground—but to say nothing, to shut down the mourning of young teenagers, rendering their strong emotions as inconsequential, felt wrong.

There is no template for these discussions, of course. On 9/11, the teachers in my building were directed to carry on with regular lessons, turn off TVs and not to ‘dwell’ on the shocking events. By contrast, a friend teaching in an elementary building told me her principal went classroom to classroom, beginning with the kindergartners, gathering the children in a circle and explaining, in the simplest language, that though terrible things had happened, they were safe in school.

When the cause of a catastrophic incident is politically neutral—the Challenger explosion, for example, which I watched on TV with a library full of sixth graders—teachers are free to talk about O-rings and weather, and to express their own shock and sorrow. When Jim Jones persuaded 900 people to end their lives via lethal Kool-Aid, in Guyana, nobody was arguing about who the bad guy was. Many of my students were certain that if anyone tried to convince them to poison themselves, they would run away and hide in the jungle—a healthy response. Believing that one has control over their actions and feelings is not a bad thing, when you’re a pre-adolescent.

Handling all these occurrences while surrounded by vulnerable children and teens takes excellent teacher judgment, of course. And there are times when mixing the News of the Day with classroom interactions is dicey: when kids are simply too young to process the implications of his lawyer calling the President a ‘conman,’ for example.

On the other hand, we’re forcing very young children to practice sheltering and holding up their bullet-proof backpacks when there’s an active shooter on the premises, which seems, umm, developmentally inappropriate to me.

In fact, the most common crises aftermath for teachers in America revolves around shootings—shooting (and sometimes killing) presidents and national leaders, neighborhood or police-initiated violence, and any number of school shootings. There’s no way to avoid mention of shootings or violence when you’re teaching kids of any age—what matters is how you deal with children’s questions, fears and (now) political goals.

In 2000, when the election results were in limbo for weeks, some of my colleagues were warned off from teaching relevant content—the Electoral College and how it came to be, for example—while the story was unfolding in real time. Which is ironic—one of the most taboo topics in American classrooms (including Civics, History and Government class) is politics.

This isn’t universal. Many excellent social studies teachers wade right into political controversy, urging their students to weigh issues and think for themselves, custom-tailoring language and sophistication of the debate to their students’ level of understanding. But I’d wager that an equal number of teachers tiptoe around politically tinged arguments. They—and their administrators—fear parent or community pushback.

None of this builds genuine informed citizenship. Which is why I think watching the Cohen hearings would be instructive for older students. Right there, on display—a man whose own credibility is highly suspect, charging the President with criminal behavior. This is how democracy is supposed to work. Shouldn’t we all be watching? 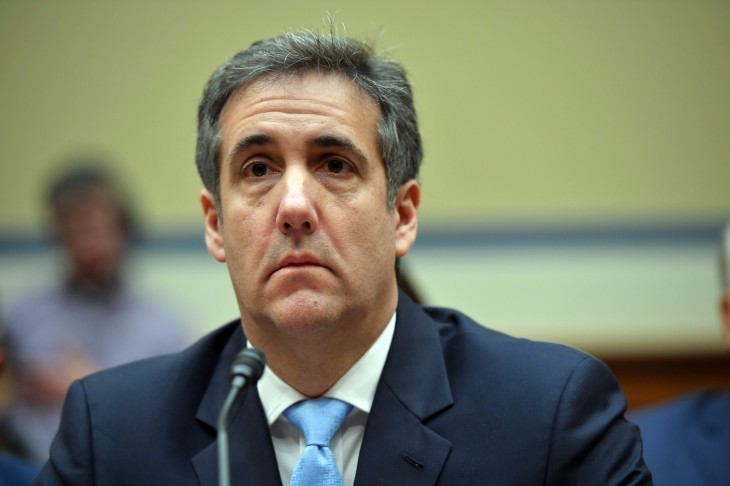